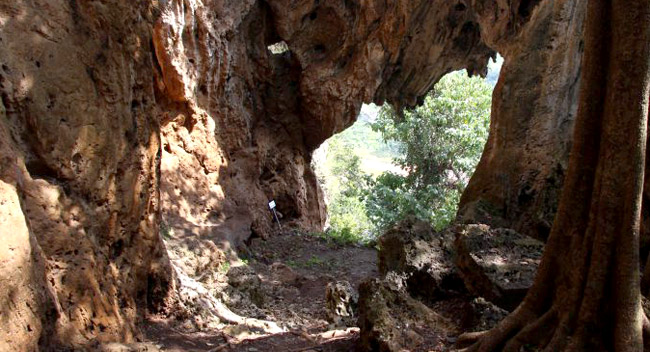 An adventure in nature gives new experiences to tourists and it somehow helps them to get rid of mental issues. The question is where they should spend the holiday to enjoy such activity. In Cipatat Sub-District, there is a unique cave to explore and the name is Gua Pawon. To be exact, the location is in Gunungmasigit Village and it belongs to West Bandung Regency, Indonesia. It got its name from the hill where it resides, actually. So, what makes it interesting? The best allure is none other than its historical value, which is worth of thousands of years!

The Nuance
In terms of nuance, Gua Pawon or simply known as Pawon Cave is quiet and sacred. It is because not many travelers are aware of this natural attraction, so the number of visitors is not as many as other places. The cave resides on a hill, located on about 600 meters above the sea level. No wonder, the atmosphere feels cool and the scenery is quite amusing. The unique part is that archeologists have found several fossils of human, who lived in this site back then. This explains why the cave owns an important historical value for both researchers and tourists.

Exploring Pawon Cave
From Gunungmasigit Village, tourists have two options to get to Pawon Cave. First, they can simply hire an “ojek” and reach the cave comfortably. Another option is by trekking, which is considered more interesting (despite tiring) due to the beautiful natural scenery. Once arriving at the mouth of the cave, tourists should buy the ticket first. Inside, the cave features several big chambers and the nuance is both damp and dark. This explains why all visitors should have prepared flashlight beforehand.

In the first chamber of Pawon Cave, visitors may see lots of bats living in it. Have no worries. No bats are seen in other chambers. What is next? In the next room, located in the left of the first chamber, tourists can find an archaeological site. It is the place where they can find ancient human skulls. However, this site is protected by fences. That means visitors are not allowed to touch those skulls! Have no worries. Taking pictures of them would be a good alternative.

Another reason why Pawon Cave popular is its interesting landscape, which is suitable for rock climbing. Thanks to the karst cliff located on the site. Everyone has the opportunity to try such fun outdoor activity, even beginners. As an alternative, trekking to nearby hills is a good idea too, especially for nature lovers.

How to Get There
For those coming from Bandung City of Indonesia, their first destination is Cipatat Sub-District. The distance is 37.4 km, so the trip takes approximately 1 hour and 20 minutes. Later, the next destination is Gunungmasigit Village where the cave resides. Here is the thing. Visitors should conduct trekking for several minutes to get to the cave, as it is located on the hill.